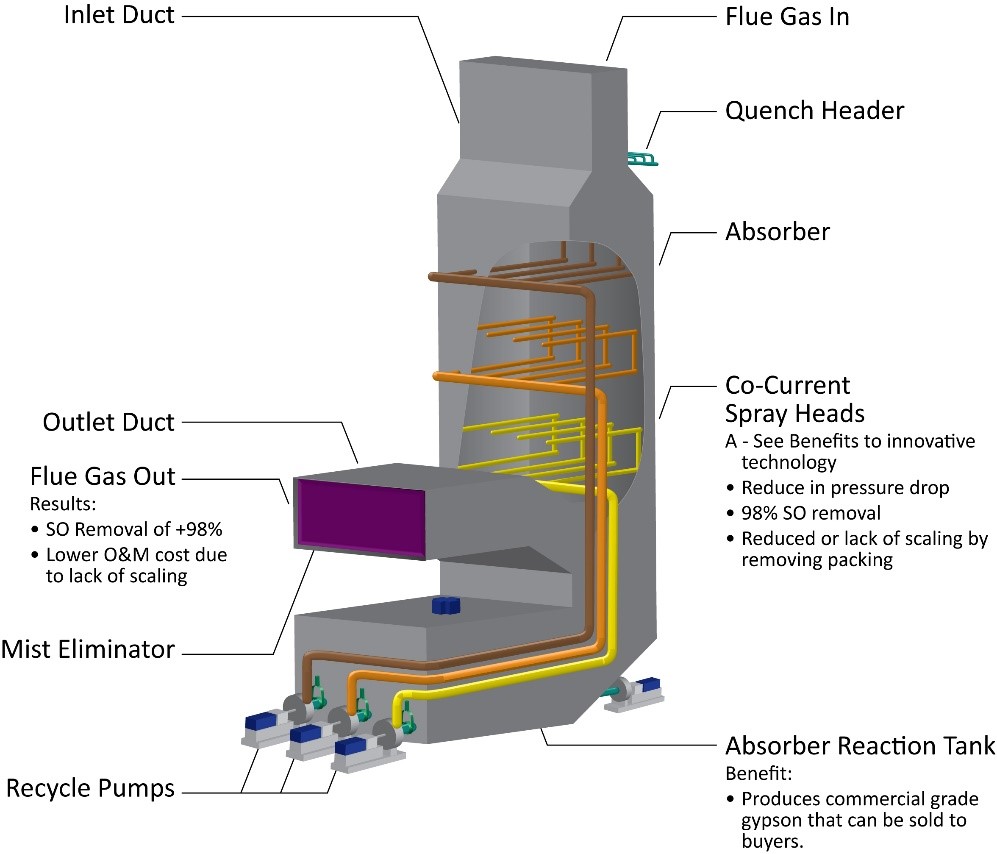 Limestone slurry is prepared mixing fine limestone powder with water in a slurry preparation tank. Sorbent slurry from this tank is then pumped into the absorber reaction tank.

The absorber is a counter-flow tower with flue gas flowing upwards, while limestone slurry is sprayed downwards by an array of spray nozzles. In the absorber, SO2 is removed by both sorption and reaction with the slurry.

Reactions initiated in the absorber are completed in the “absorber sump” working as a reaction tank, which provides retention time for finely ground limestone particles to dissolve and to react with the dissolved SO2 and to produce gypsum by means of air addition. 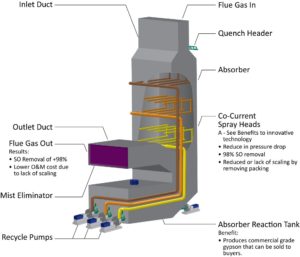