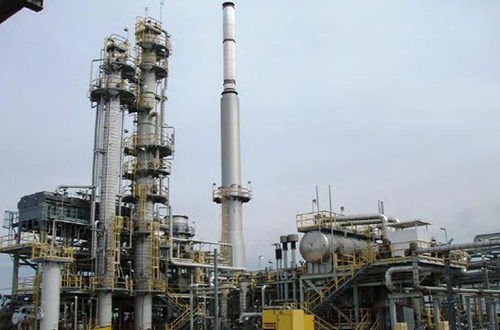 Sulfur is a component of coal and other gasification feed stocks. Resulting sulfur compounds in syngas need to be removed in most gasification applications due to environmental regulations or to avoid catalyst poisoning. Whether it is electricity, liquid fuels, or some other product being output, sulfur emissions are regulated, and sulfur removal is important for this reason, along with the prevention of downstream component fouling. In addition to these constraints, recovering saleable sulfur is an important economic benefit for a gasification plant.

In a typical design, a series of process steps is used to recover sulfur as a useful by-product from gasification processes. First, cooled syngas/feed gas is contacted with a chemical solvent in an absorber unit, where, as the gas passes through, almost all of the hydrogen sulfide (H2S) and some carbon dioxide (CO2) are removed in the basic acid gas removal (AGR) process. The solvent is now rich with H2S and it moves on to a stripping unit to clean and recycle the solvent and separate theH2S. The basic stripping process and solvent stripping/regeneration are depicted below.